An assortment of original tracks and cover tunes, saxophonist Matt DeMerritt steps out as a solo artist on his latest release Fool's Journey.  Supported by a montage of musicians, DeMerritt delves deeper into the contemporary jazz palette, whipping up works that shimmy, swing, and serenade at various times throughout the recording.  From the uplifting shindig-style treads of "Elixir" to the lounging swivels of "Venice Lullaby," DeMerritt makes music that fits into the listener's home life. 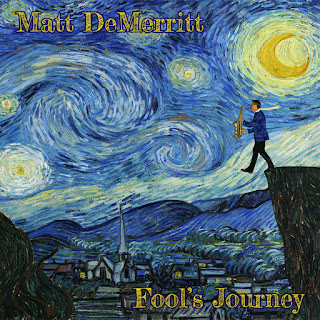 The sedate sonorous of DeMerritt's saxophone navigates daydreamy inclines along the slow and twisted course set by bassist Kaveh Rastegar and drummer Gene Coye through "Loner's Waltz," illustrating immense control and a penmanship for graceful phrasing.  The capricious swivels of DeMerritt's saxophone toots shaping "Limbo" cultivate an urbane disposition in the arrangement.  Moving deeper in the CD, the moonlight ambience that DeMerritt and his band produce in Burt Bacharach and Hal David's "A House Is Not A Home" maintains the dreamy quality previously visited in the recording.  Meanwhile, the R&B-style grooves of "Earth" draw out a funky quality in DeMerritt's playing, personalizing Joe Henderson's iconic composition.

DeMerritt's repertoire is a small representation of his experiences as a sideman, playing for such recording artists as Macy Gray, Diana Krall, and Beck to name a few.  His endeavor primarily displays his musical influences including Joe Henderson, Burt Bacharach and Hal David.  His affection for contemporary jazz is evident throughout the recording, and his talent for drawing from the contemporary jazz palette demonstrates his caliber as a composer. 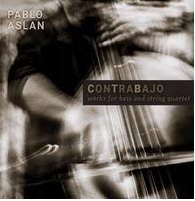