Saxophonist Kenny Shanker is back with his third release Vortex and his first outing on Wise Cat Records.  From the bustling, urban-like activity of the title track to the leisurely wandering stroll of “Lulu’s Back in Town” and the waltzing cantor of “Winter Song,” Shanker’s playing describes images that listeners can easily envision, each relatable to real world scenes. 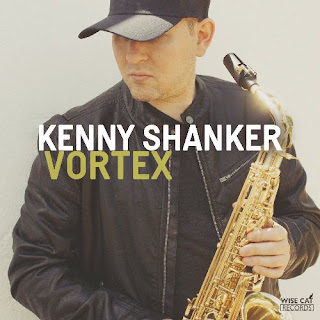 The bowing and refracting of Yoshi Waki’s bass along “Winter Song” adds another element alongside Shanker’s pendulum-swinging saxophone toots, while the frenzied pace of his saxophone fomenting “Hunter” is joined by the rustling movements of Mike Eckroth’s keys and Daisuke Abe’s frothy guitar riffs.  “Rumble” lowers the tempo to a cruising gait, and “Nightfall” slows the pace to an introspective musing as Shanker’s saxophone imbues a nocturnal shimmer over the melodic soundscape.

Shanker’s tweaking of Dave Brubeck’s bopping grooves along “The Duke” hold onto the familiar themes that captivated audiences, and the dulcet wisps of Joseph Kosma, Jacques Prévert and Johnny Mercer’s ageless gem “Autumn Leaves” pervade a nostalgic aura while bringing the tune into the modern age.  His traction on these melodies is tight, showing a reverence for these tunesmiths that audiences can discern.

Shanker takes listeners on another plane along his recording, where the astral figures that he and his band project form descriptive images.  While Shanker plays the role of the designer, the listener is the observer, absorbing each aspect of the tale being narrated.  It’s an adventure that not only draws one’s attention but keeps one coming back to his designs again and again. 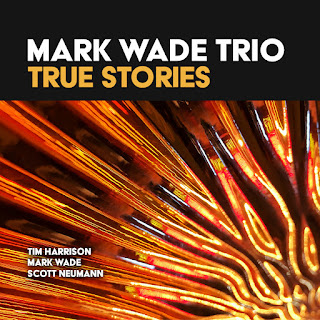 Album:  True Stories Artist:  Mark Wade Label:  Mark Wade Music Website:  http://markwademusicny.com Modern jazz composer and bassist Mark Wade looks to jazz luminaries like Miles Davis, Charles Mingus, and Wayne Shorter for wisdom while making music that serves his day and age.  His latest release True Stories is not a rehashing of straight ahead jazz/after hours club music from a bygone era but rather his arrangements are a descendant of the works from such pioneers of the art form.  Audiences will recognize that Wade has a kindred spirit with after hours club staples.  He is a product of their lessons and willpower to see that jazz music endures into contemporary times. Wade exhibits a frolicking nature along the recording, continuously shifting the dynamics moving effortlessly from being somber like in "Song with Orange and Other Things" to jovial like in "I Feel More Like I Do;" from being sedate and reflective like in "Falling Delores" to uplifting a
Read more 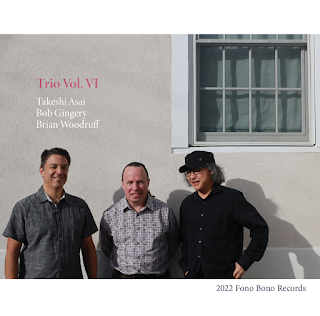 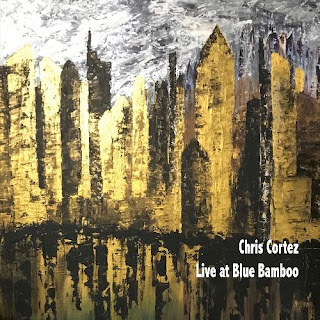 Album:  Live at Blue Bamboo Artist:  Chris Cortez Label:  Blue Bamboo Music Website:  bluebamboomusic.com Rife with good vibrations, Live at Blue Bamboo from guitarist, songwriter, and bandleader Chris Cortez offers audiences a sweet escape from the rigors of the real world.  Recorded live, Cortez and his ensemble craft buoyant scores, requiring nothing more from listeners than to absorb the pleasing melodies sprinkled in improvisations that complement the arrangements. Coalescing facets of straight ahead jazz, Latin swing, bop, and rhythm and blues, the recording is melody-driven, providing ample solo excursions from flutist Dan Jordan, trumpet player John DePaola, and tenor saxophonist Jeff Rupert.  The shuffling pattern of Bob Thornton's keys traipsing across “Arlington Park” is augmented by the incisions made by Rupert's sax and DePaola's trumpet, amplifying the jovial mood.  The bopping rhythm of "The Visit" is a sprightly piece, changing into a summery ambi
Read more